Simon Hughes MP, the government's Advocate for Access to Education, writes on the need for everyone to be honest, and not to put people off higher education. 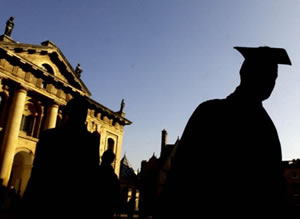 This week a poll conducted by the Sutton Trust revealed more than a fifth of 11-16 year olds believe their families will have to pay for the cost of university tuition. A further 10 per cent believed students paid for university with money they earned before and during their studies.

A recent report by Virgin Money revealed that one in four parents have started saving to pay for their children’s university fees.

This situation is clearly unacceptable. And now as we start a month where higher education is again back on the agenda, with today’s publication of the White Paper on higher education, and the decision of the Director of Fair Access on university access agreements due soon, there must be a concerted effort once and for all to destroy the myths around the new student finance system.

All too often in the recent past, politicians and others have given greater priority to attacking the government, rather than advancing the interests of young people and students. Politicians of all parties, student leaders, trade unionists and all others with a public platform and who are listened to on these issues must now make sure that they know the facts and do everything to make sure young people and their parents also understand the facts and are not misled.

I know that many people in the Labour Party and others have seen a political advantage in spreading the myth that university will now become unaffordable. To misrepresent the costs and payment methods for student tuition is not in the interests of any young person who this year or next will be making crucial decisions about their future.

This is the decision I made last year when I was asked to be the government’s Advocate for Access to Education. Despite not voting for the policy on student finance, and having campaigned for years against student fees, I decided that it was much more important, now that the decision had been made, to make sure that we got out there and did all we can to make sure that young people were not put off by many of the misunderstandings which had come out of the heated debate on higher education policies.

Whatever our thoughts on the politics of university finance, no one should say that anything that the government has done will make university tuition unaffordable. And no one should pretend that the system as introduced is not very similar to the graduate tax proposed by the National Union of Students.

The policy also includes part time students for the first time which means they will no longer have to pay up front fees, repayments are made starting at a higher income, and there is now a mechanism for making very high paid graduates contribute more to the financing of the higher education system than lower paid graduates. These changes make the new system of student finance much fairer and more progressive than the one this government inherited.

Young people between the ages of 11-16, the subject of the Sutton Trust’s study, are making crucial decisions on which courses to take and at which school or college. These decisions can have a major impact on their options after they leave school, and they should not be based on an idea of the university system which is simply not true.

There are also many people who will soon start applying to university to begin in 2012, the first year of the new student finance system.

Over the last six months I have been travelling around the country to meet students, parents and teachers to discuss the higher education reforms and what it means for them, as well as collecting their views on what government and others can do to promote access to education. I have found that, when the facts of the student finance system are made clear, young people and their parents are almost all far more comfortable with the idea of going to university.

I will shortly be sending my report to ministers which will outline how the country and the government can do better in the future to improve access to education for young people, and in particular how we can improve the information, advice and guidance which young people are provided with when they have to make key decisions about their future.

I have already made recommendations to the prime minister and deputy prime minister on how the government can do more to communicate with young people who might be applying in 2012.

However, many of these efforts will be in vain if people in all walks of life do not challenge the misconceptions which surround student finance.

We now all have a duty to make sure we go out into our communities and into the media and make sure that young people know the facts. Whatever our views on the reforms of higher education, we cannot any longer let party politics get in the way of the aspirations and futures of our young people.