The independent sector currently provide capacity and expertise for special education needs unavailable in the public sector, cost concerns puts this at risk. 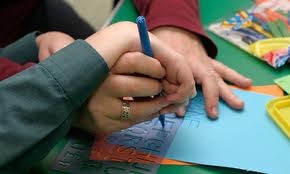 An under-reported aspect of the SEN funding issue concerns the independent sector (independent schools and non-maintained special schools), which is currently attended by around 6 per cent of children with Special Needs.

Referrals to independent and non-maintained specialist schools are costly – local authorities paid £612 million for placements in the sector during the 2009/10 financial year – and there are fears that the government is seeking to save costs in this area.

The funding is not explicitly safeguarded in the SEN green paper, and when the issue was repeatedly raised by the Education Select Committee, Sarah Teather, the minister for Children and Families, could only offer the following assurance:

“We recognise that independents have an enormous amount to offer, and they offer huge expertise … The Education, Health and Care Plan process will inevitably mean that if there is only one school that can provide that [care], if that is the only way of meeting the child’s needs, then we would expect that that would be the outcome of that process.”

Independent and non-maintained special schools currently provide capacity and expertise which is unavailable in the public sector. If cost concerns mean that independents become providers of the last resort, then it is likely that childrens’ development will suffer as a consequence.

Cross-party concerns over SEN funding received a fresh impetus last Wednesday when Conservative MP Penny Mordaunt (whose mother was an SEN teacher) introduced a Ten Minute Rule Bill arguing that while the SEN Green Paper has “made progress … improvements could be made” in a number of areas.

Significantly, the bill is sponsored by Labour’s former Education secretary David Blunkett, Charlotte Leslie (a member of the Education Select Committee), and Robert Buckland (Swindon South) who has a long standing interest in the issue.

If the bill was adopted then the position of independents would be strengthened and the legal entitlements of children and young people with SEN entrenched. The nature of SEN assessment would change significantly: evidence from a wider range of sources accepted as proof of Special Needs, while local authorities, who distribute SEN funding, would no longer perform assessments, thereby removing an obvious conflict of interest. Finally SEN funding would ‘follow’ the pupil, potentially in the form of an SEN top-up pupil premium.

The bill, if adopted, would substantially modify the direction of the government’s SEN policy. Most significantly, it would allay fears that cost cutting is taking priority over meeting the needs of individuals. Although her bill has secured a second reading it stands little chance of becoming law, but Penny Mordaunt and her backers deserve credit for raising the issue of SEN funding up the political agenda.