Gavin Shuker, the shadow environment minister, writes about the defeat inflicted on the govenment in the Commons last night over a ban on circus animals. 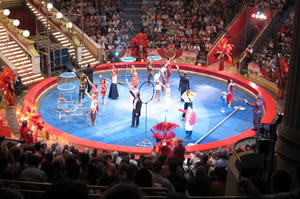 This will be the last in my trilogy of articles here on Left Foot Forward, detailing the dithering incompetency of the government and in particular their Defra B-Team. The matter in question? A ban on the use of wild animals in circuses. Seems like a small issue? You wouldn’t think so after the actions of the government over the last few days.

Matters came to a head yesterday, as a Backbench Business Motion jointly laid by a cross-party alliance of Mark Pritchard, Bob Russell and Labour’s Jim Fitzpatrick was debated in Parliament.

The motion called for a ban: the policy supported by every single animal welfare organisation, the vast majority of the public and the bulk of MPs from all parties.

Despite this opposition, the government has decided to introduce a licensing scheme, a measure supported by the circuses alone. The motion was significant therefore, in opposing expressed government policy – something that is rarely seen in these backbench-led debates.

Backbench Business Debates are intended to allow backbenchers to more freely express their views, and as such are rarely put to a vote. When they are, the convention is that the party whips do not press their MPs to vote along the party line with quite as much pressure as they usually might.

Some Tory MPs had already broken cover earlier in the week calling on the prime minister to change his policy, and facing an embarrassing defeat the government decided to ignore the convention.

First, a more favourable amendment to the motion was tabled by MPs clearly leant on by their party. As this ploy was rightfully rejected by the Speaker it emerged that, incredibly, the government was seeking to enforce a three line whip on their MPs – a first for a backbench debate.

The depths to which the government was prepared to go to avoid humiliation had yet to be understood.

As the debate got underway, the Tory MP Mark Pritchard revealed quite how far and how high the bullying tactics went, as he outlined the prime minister’s personal involvement in a campaign to silence him and hide the government’s incompetence on this simple issue. His words are well worth a watch here.

That revelation was followed an hour or so later by another. The government, witnessing their own MPs queue up to denounce their policy, made an about turn and declared a free vote on the issue. A free vote on a motion that directly opposed their own position. And what is more, the hapless Minister was left alone to defend the policy, that by all accounts, had been forced upon him by No 10.

Despite his efforts, when it came to the vote, not a single MP from their own benches was willing to support the government, and the motion was passed. Constitutionally, they do not have to follow it, but the political pressure will be severe if they look to do otherwise, not least from their own MPs.

I hope they do finally see sense and introduce a ban. It is the right thing to do. In some ways, it is a small issue, but the government’s behaviour has revealed much. The extent to which they are prepared to go to defend an indefensible policy is astonishing, and the prime minister’s shiny exterior is wearing off.

He has denied it, but his personal involvement in this shoddy affair reveals a side rarely seen before. Not only did he threaten MPs, but stitched up his own Defra Minister, in a move reminiscent of the time he made Caroline Spelman take the blame for the government’s U-turn on forests.

Take note: the DEFRA B-team has been put on notice.