Former Scottish first minister, Lord McConnell has called on all parties to unite against child poverty which he called the “challenge of our generation”. 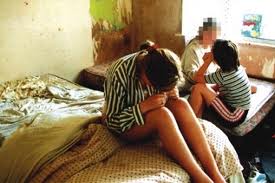 The former Scottish first minister, Jack (now Lord) McConnell, has called on politicians of all parties to unite in the fight against child poverty which he has dubbed the “challenge of our generation”.

In remarks following his appointment as the board chairman of the Scottish charity, Cash for Kids, McConnell argues:

“All agree that early intervention is central, and teenagers who are vulnerable need many chances to develop. All agree that government, business and voluntary organisations must work together. But each of us, my government included, has tried to do it on our own.

“This is too big for such a single party approach. Surely all parties, and levels of government, can agree on the basic actions that are required – and all parties can commit to them.”

Whilst statistics suggest there has been a slight fall in the number of Scottish children living in poverty that still leaves 20 per cent blighted by the problem. As Douglas Hamilton, head of Save the Children in Scotland concluded following the release of the figures last month:

“Today’s figures are a grim reminder that child poverty is still very much in existence in Scotland and our new government must now deliver on their rhetoric.

“The statistics show that there are still more than 200,000 children living in poverty in Scotland, which is an insignificantly small decline on last year’s figure, and less of a drop than the UK as a whole.”

In March, the then SNP minority government published its Child Poverty Strategy which included measures such as:

• Increasing the number of parents in employment – through initiatives such as Community Jobs Scotland and offering record numbers of new apprenticeships. This stands in contrast with Westminster where the coalition scrapped the future jobs fund;

• Encouraging positive parenting skills – help for parents to provide nurturing homes through projects such as You First for vulnerable families and the Family Nurse Partnership offering support for first-time teenage parents over two years;

• Giving all children more chances to learn – financial support for young people to remain in education through the Education Maintenance Allowance. In England, the EMA has been scrapped.

Worthy as they are however, policy initiatives on their own are unlikely to be sufficient to addressing the cyclical, often inter-generational nature of poverty. At a time of financial and economic hardship, it remains more important than ever to build people’s confidence and aspirations to succeed and better themselves.

“For many Scots, despite their living in one of the most prosperous countries in the world, opportunities are still not theirs. Material poverty, poverty of aspiration, isolation, dependence, addiction and separation from the world are still the daily reality for many Scots. It is our job in this parliament to create the climate in which people can learn, live, dream and work their way to a better future.”

With the OECD warning that progress in tackling child poverty has effectively “stalled” and the Institute for Fiscal Studies suggesting (pdf) that 300,000 more children could find themselves in poverty as a result of the government’s cuts to benefits and tax credits, McConnell continued:

“We need a poverty reduction strategy that we all buy into and commit to over the long term. So today my challenge to (Work and Pensions secretary) Iain Duncan Smith is prove you mean it – invite the Scottish government and others here in Scotland to work with you.”

But given the sheer importance and moral duty on political leaders to support children to live lives better than those of their parents and aspire to do great things, a failure to work collectively for the common good, to share ideas on what does and does not work, is not just sensible but imperative.

As shadow culture secretary Ivan Lewis argued over the weekend, our aim and ambition should be “for the next generation to have better life chances than the last”.