Do the SNP really intend to ask for full independence for Scotland in a referendum, or will there be an "independence lite", asks Left Foot Forward's Ed Jacobs. 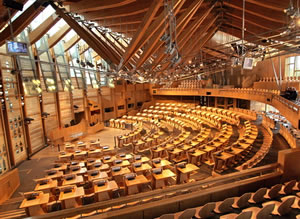 As Alex Salmond formally accepts the position of first minister for the Scottish Parliament, the focus will continue to be on his plans for independence – but are the SNP’s plans for an independent Scotland all they appear? The questions arise following revelations over the weekend in The Scotsman that the SNP were considering the prospect of “independence lite”, with Scotland sharing powers over foreign, defence and social security policy with Westminster.

Speaking on The Politics Show on Sunday, Alex Salmond outlined how an independent Scotland would be prepared to share military facilities with friendly neighbours, whilst Jim Sillars, a former SNP MP, and ardent champion of independence, has warned his party that it might have to contemplate something other than a fully independent Scotland.

Writing for The Scotsman, he warned:

“The membership should take a sober look at the opinion polls, the ones that said the SNP was galloping to a victory, but also recorded support for independence in the low 30 per cents. If one was right, so was the other. It would be easy to rehearse the reasons for this low level of support, and register yet again my opposition to past policies of parking independence at elections.

“But we are in the same new world now as Alex Salmond, one created by an unexpected but welcome majority in the Scottish Parliament. A world in which those constraints become a factor we have to live with as a party; constraints that are likely to produce a policy that defines an independence differently to that which brought many people into the party, and for which they have campaigned for over many years.

“It is evident from the polls, and the anecdotal evidence that the standard model of independence, and the “break-up” factor in relation to our neighbours are a cause of apprehension to many Scots voters.”

In polling by ComRes for the Independent on Sunday and the Sunday Mirror, 38 per cent of Scots reported backing the notion of independence against 46% who disagreed. True, the proportion of scots agreeing to independence has increased, but this must be seen within the prism of the past few weeks in which Alex Salmond has quite frankly hogged the Scottish airwaves as the opposition parties lick their wounds and begin their searches for new leaders.

That said, however, it does still show clearly that while the SNP may have a majority of seats at Holyrood, that does not equate to a majority of Scots supporting their raison d’être.

But quite what that raison d’etre is, is beginning to be questioned as the SNP appear to be scrabbling about to define what “independence” actually means in practice.

The developments come not long after Left Foot Forward reported suggestions in February that the SNP were prepared to contemplate a referendum on Scotland’s constitutional future without the option of full independence on the ballot paper, and Stephen Noon, who helped devise the SNP’s election victory used an article for his blog to argue that “separatism is not on the agenda”.

“The SNP know how unpopular their main policy of separating Scotland from the rest of the UK is. Trying to tone down the language around independence isn’t going to fool Scots and the SNP look pretty desperate for trying.

“Either we are part of the UK or we are not. Scotland is a strong and proud country as part of the UK. The SNP should spend more time talking about the economy and less time worrying about independence.”

And Professor Robert Hazell, director of the Constitution Unit at University College London, has said of the suggestion of “independent lite”:

“My main comment is on the potential fuzziness. Defence, macroeconomic policy and foreign affairs are key features of statehood. Does the SNP want Scotland to be independent or not?”

But despite the apparent confusion over what the SNP means by independence, it provides no room for complacency for those parties which will be campaigning to keep the union together. As Kevin McKenna, writing in the Observer, concludes:

“Labour, the Lib Dems and the Tories must abandon plans of winning back Holyrood seats in 2016; this is a three-term nationalist administration.

“Instead, they must come together over the next three years and find a champion, a campaign and a coherent strategy to preserve the most successful economic and political union in the world.”

12 Responses to “What do the SNP mean by “independence”?”