The Conservative party have said there are “no plans” to take action against right-wing MEP Roger Helmer for shocking remarks made on his blog about rape. 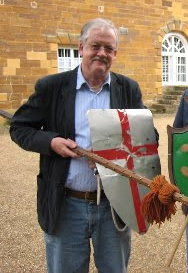 The Conservative party have said there are “no plans” to take action against right-wing MEP Roger Helmer for shocking remarks made on his blog about rape. Helmer said some rape victims were to blame for their assault.

“Consider two rape scenarios. The first is the classic “stranger-rape”… The second is “date rape”…

“While in the first case, the blame is squarely on the perpetrator and does not attach to the victim, in the second case the victim surely shares a part of the responsibility.”

Labour’s Caroline Flint called the comments “outrageous”, with Tory MP Louise Bagshawe describing the remarks as “appalling”. He has refused to apologise and remains a Tory MEP.