Rob Marchant compares the case and chances of Scottish independence with its constitutional cousin, Catalonia. 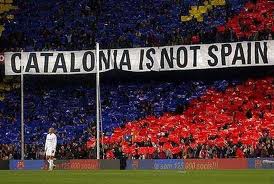 Rob Marchant is a management and communications consultant, blogger and eco-entrepreneur; he previously worked as a Labour party senior manager through the 2001 and 2005 general elections. He blogs at The Centre Left

“Seismic shift”, “game-changer”, and other clichés have been used to describe the SNP’s win last Thursday. It was certainly an important result and, up until the final weeks, a rather unexpected one. It has also led to a number of reaction pieces, ranging from the Telegraph’s alarmist “Don’t let the Union drift apart”; to LFF’s “sleepwalking to separation”; to Simon Jenkins’ plain silly, knee-jerk calls for independence which seemed to pass over entirely the wide and varied emotions among Scots about the idea.

However, emotive though the issue is, perhaps we should try and take a cooler look at the situation. It is, of course, conceivable that it could lead to independence: but, without being complacent, we should also be aware that we are quite likely a long way from that.

In evidence, I should like to call arguably Scotland’s closest constitutional cousin: Catalonia. The Scots have, long before now, taken it as one of their reference points for devolution, and I believe now is a good time to take a closer look: particularly at how it has evolved since its inception. It is not identical, but it is similar and it is twenty years further down the line than Scotland.

I declare an interest here: my wife and all my in-laws were either born, or grew up in, Catalonia. The political, historical, economic and cultural landscapes testify to its nationalism being very strong indeed: there are a number of ways in which Catalans might rationally be expected to have a stronger separatist fervour than Scots. It’s worth listing the reasons.

First, they have their own language, and it’s not a minority sport as, arguably, Welsh, Breton or Basque is, not to mention Scots Gaelic. Perhaps unknown to most Brits, practically all Catalans not only can speak it, but do so on a daily basis and their children are schooled in it. It is also the language of the public sector in Catalonia; the Generalitat, an autonomous government, equivalent to the Scottish parliament, and all other ancillary bodies. So much is it spoken by Catalonia’s 9 million souls, in fact, that it has been close to achieving recognition as an official EU language.

Second, the Catalan people were oppressed by a fascist state for over forty years, which in turn led to a surge of nationalism once democracy arrived. Now, although conceivably some Scots might speak of oppression by the British state, it’s not being churlish to say that there is scant comparison between the two, during the last century at least. The Francoist state forbade Catalans to speak their own language, besieged their capital city and executed their politicians and folk heroes.

Third, they arguably have more to gain economically from independence. Since the industrial revolution, Catalonia has formed the heart of industrial Spain and has a contribution to GDP significantly above the average. Scotland cannot claim this, although there is usually a dispute about the inclusion of offshore oilfields in any calculation of Scottish GDP.

Finally Catalonia, unlike Scotland, has been run by a nationalist party (CiU) for almost all its thirty years of autonomy, apart from a brief interlude of seven years of coalition. It’s not as if they haven’t had a chance to put their case.

Despite all these reasons, the Catalans have never voted for independence. When they won again last year, CiU did not even have a referendum in its manifesto. And why? For the simple reason that Catalans don’t want it. They will complain about Spain, they will fight for a better share with Madrid, but after all of that, Catalan businessmen and most Catalan people think their future looks much better within a loosely-integrated Spain than the alternative: on their own in the world, albeit probably under an EU umbrella.

While all this in no way makes Scottish independence impossible – indeed, the Unionists (in the broadest sense) among us should be making the case otherwise for all we are worth – it is, perhaps, wise to keep a sense of proportion. The most obvious explanation for the current panic about Alex Salmond let loose on our devolved Parliament may simply be that, at twelve years, Scotland is still a very immature autonomy, and we’re just not used to it.

Politicians are panicking partly because they’re not used to it either, and partly for show. Neither Labour nor the Tories wants independence to happen on their watch. Ultimately – and obviously – the people of Scotland will be the ones who decide. As they should.

But when you take the Catalan example, what is in fact rather extraordinary, is not that Scotland has a nationalist government, but the reverse: that achieving the first majority nationalist government in Scotland has taken quite this long. Also striking is the fact that, even after that length of time and in arguably more fertile conditions, Catalonia still hasn’t even come close to independence.

So, as we in Labour panic about Salmond and his referendum (honestly, even Salmond himself is so unsure of the result he has kicked it into the long grass for later in the parliament), we should focus on perhaps more important things: rebuilding our party in Scotland to provide a sensible, rational alternative, which respects the desires of the Scottish people for autonomy. And not, one sincerely hopes, trying to ape radically nationalist policies, hoping that this will make us look responsive. It won’t. It will make us look desperate; it will alienate.

We need to be aware that the Nats’ appeal to Scots is a lot broader than just independence, as is that of the CiU to Catalans. A smart Salmond may well see an underlying trend unfavourable to independence, and see fit to transform his into a modern party which is still nationalistic, but which operates within the Union.

And, those of us who are Unionists, we could certainly do worse than examine further the evolution of Catalonia as a model which has, so far, stood well the test of time.

21 Responses to “Scottish independence: time for a homage to Catalonia?”