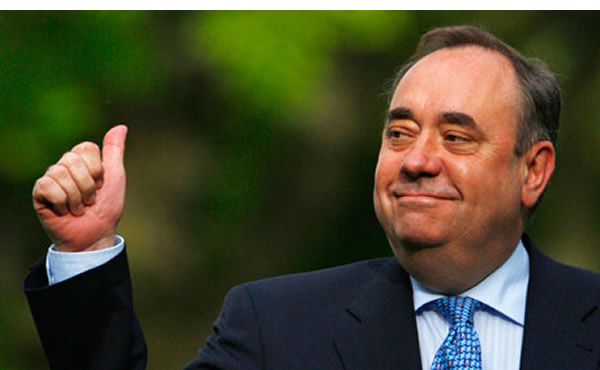 Professor Robert Hazell is the Director of the Constitution Unit at the School of Public Policy, University College London

Now the SNP have a majority in the Scottish Parliament, Scottish independence is back on the political agenda. But there are five steps along the road to independence, and the Scottish government needs to negotiate each one. The Constitution Unit set these steps out in our book Scottish Independence – A Practical Guide, by Jo Murkens and Peter Jones (Edinburgh Univ Press, 2002).

The third step, if the referendum is passed, is negotations with the British government about the terms of independence.

• Division of the national debt;

• The future of the defence bases on the Clyde;

• Scotland’s membership of the European Union.

The Czech-Slovak velvet divorce in 1992 required 31 treaties and more than 2,000 separate agreements. Their equivalents for Scotland and the UK would take a long time to negotiate. Once concluded they would constitute the terms of independence, on which the people of Scotland deserve a separate vote.

The fourth step would be legislation for a second referendum, asking the people of Scotland to confirm that they want independence on these terms. This referendum can only be authorised by Westminster, because it is not within the competence of the Scottish Parliament unilaterally to declare independence – but in formal terms, the passage of the legislation may not prove too much of a stumbling block.

The final step is the second referendum, asking the people of Scotland if they want independence on the terms which have been negotiated. The first referendum, if passed, would give the Scottish government authority to demand independence, and compel the UK government to enter into negotiations.

The SNP have said a second referendum would not be necessary. But it would give the people of Scotland the opportunity to know the detailed terms of independence before making their final, momentous decision.

71 Responses to “The five steps to Scottish independence”