Kate Bell and Jason Strelitz look at the lessons that can be learnt from Labour's years on the tackling of child poverty. 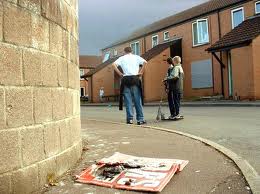 Kate Bell and Jason Strelitz are currently working on a project funded by the Webb Memorial Trust examining Labour’s approach to child poverty; more information can be found at www.21stCenturyPoverty.wordpress.com

The release of the latest poverty figures show that Labour remained a long way from meeting their target to halve child poverty by 2010. Measured before housing costs, 2.6 million children were living below the poverty line in 2009/10; to meet the target this number needed to fall to 1.7 million.

Progress was made. Coalition claims that poverty rose under Labour are wide of the mark; 900,000 children were lifted out of relative poverty, and 2m children escaped absolute poverty, a fixed benchmark not reflecting changing living standards across the population.

These changes were neither inevitable nor trivial; they represent real improvements in children’s lives, not simply movements over an arbitrary poverty line (pdf) or “poverty plus a pound” as Nick Clegg has claimed. Money made a difference. But the ambition set out in Tony Blair’s 1999 speech promising to end child poverty in a generation was far from realised. We need to learn the right lessons from this.

The narrative currently being promoted by the coalition says that Labour failed to tackle worklessness that was rooted in individual failures; the wrong attitudes, addiction problems, or ‘a hand out culture’. In fact, prior to the recession, the number of workless households fell steadily during Labour’s period in office, and in 2010, after the recession, remained lower than in 1997.

Half of poor children now live in a household with someone in work, and simply citing ‘work as the best route out of poverty’ ignores the reality of a labour market which is failing to deliver enough jobs that would actually provide families with a secure income.

The National Minimum Wage was a major intervention into the labour market, resulting in a short period where wages at the bottom grew faster than those at the top. But this was followed by a period in which structural questions about the type of economic growth, and the nature of jobs needed to secure the child poverty goals were marginalised as too difficult to deal with.

Also in this category, politically as much as in policy terms, went questions about how to tackle inequality, which remained at historically unprecedented levels at the end of Labour’s period of office.

These questions are difficult. But in a period in which the central political debate is over how best to return to economic growth, they need to be placed centre stage. An approach, which sees the question of how best to tackle poverty as an afterthought to those on economic strategy, looks set to repeat the disappointments of the past decade.

Rather than getting stuck on a race to the bottom about who can be the toughest welfare reformer, we need to focus on creating a “Big Economy” in which diverse contributions to our national wealth are recognised; where we create the conditions for many more to contribute to our economic growth and where the rewards of our society are more equitably shared.

5 Responses to “New Labour’s record on child poverty: Lessons must be learnt”