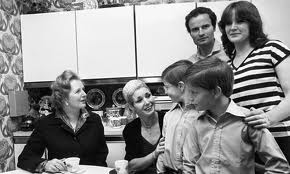 A new report published by the Commission on Living Standards found that in 1988, 58% of so-called “squeezed middle” households where the head was under 35 owned their home, 27% rented from a social landlord and 14% from a private landlord.

I was aware of these issues, but those figures really took me by surprise. I grew up in a council house and saw the birth of Margaret Thatcher’s “property owning democracy” of the 1980s herald the slow death of social housing – now given the final death blow by this government’s cut for all future social housing building.

So I was amazed to discover that CLG figures show the number of home owners in London actually falling slightly from 2005-2007 (as far as the records go). Property-owning journalists and politicians are living at the end of a different era to their priced out children and grandchildren.

These cheerleaders of house price rises have been slow to wake up to the impact on the next generation, leaving them with housing costs that are 74 per cent higher than 25 years ago according to first direct.

In London the cost of buying a home rose twice as fast as incomes in the noughties, while our social housing stock was sold off faster than we could build it up. Decades of bad policy came home to roost, and it was younger people that suffered the most.

In a generation or two the “property owning democracy” has been turned on its head, with home ownership giving way to private renting. The market won’t build enough homes to solve the problem with supply, and the government and mayor of London are unwilling to either build lots of new council homes or fix underlying problems with the dysfunctional market. They seem happy to let the private rented sector pick up the slack.

But while the Institute for Public Policy Research and the Joseph Rowntree Foundation have produced useful work on mortgage arrangements and housing supply, they pay less attention to the realities for people stuck renting privately.

The government and mayor of London are consigning younger Londoners to a sector characterised by income-busting price rises, insecure tenancy and no rights to make their home their own. That’s why most people want to own a home – retirement, security and freedom. Another recent opinion poll found that 90 per cent of young people wouldn’t be happy if they rented for the whole of their lives.

Too many private rented homes are also in terrible condition, with 40 per cent in London failing the fairly basic Decent Homes standard in 2006. Tenants sometimes complain that if they ask landlords for improvements they are evicted in retaliation.

The London Assembly Planning and Housing Committee investigation is looking into the problem of poor condition private rented housing over the summer. We hope to come up with action that the mayor and others can take to rectify this appalling situation.

The people most likely to be stuck in non-decent housing are at the bottom end of the squeezed middle, in receipt of housing benefits. For people under 35 the government is about to  make their life even harder by only giving them enough housing benefit for a room in a shared house. The ceiling used to be 25, which was already unjust, but the idea that a 34 year old person wouldn’t want a home of their own is insulting.

Rather than build more housing that average Londoners can actually afford, the mayor and government focus on building a trickle of “shared ownership” homes. Rather than pull down the  benefit bill with affordable council homes, they take money off insecure private tenants based on a web of myths and half-truths.

My happy childhood in a council house, and the home ownership dreams of my peers, are but a folk memory for young people today. The ‘jilted generation’ are right to cry foul, and it’s time more politicians listened to them.