Nicola Smith takes the Treasury and the coalition government to task for tax changes that will hurt working families. 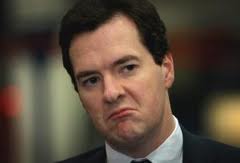 Today is the start of a new tax year, and there has been much discussion about whether the changes it holds in store will make households better or worse off. While the Treasury’s headline is that 80 per cent of households are winners, the reality is more complex.

While workers who pay the basic rate of income tax will benefit as a result of today’s increase in the personal allowance, they will also lose from the increase in national insurance and many will face tax credit reductions. Presumably the Treasury’s analysis has simply averaged the impacts of these changes across all households in income quintiles one to four, and come up with a small overall average gain.

But this is a misleading figure. To start with it doesn’t include the impacts of the recent rise in VAT – a tax that by its very nature costs those on lower incomes proportionally more.

The 80 per cent claim also fails to take any account of the composition of different households, which means that it hides the specific impacts that today’s (and next April’s) changes will have for working families who recieve tax credits; 88 per cent of recipients of working tax credit have children, 4,383,000 households across the UK. From today, the degree of support they receive from the government has started to fall.

To allow households to gain a better understanding of what the changes mean for them the TUC has launched a tax credit calculator, which shows how changes to tax credits will affect household entitlements over the years ahead – and exposes the reality behind today’s rhetoric about winners and losers.

• A single parent earning £15,000 with two children (one in receipt of disability living allowance) who pays £150 a week in childcare for 40 weeks a year could lose around £800 annually;

• A couple family with a household income of £20,000 with two children (including a baby and a toddler) could lose around £687 a year;

• A couple family where one adult is disabled, with earnings of £13,000 a year and with three children paying £300 a week for 35 weeks of childcare could lose £557 annually;

Particular types of families set to experience significant losses are:

• Those claiming help with childcare (who lose 10 per cent of the childcare part of their award, a maximum loss of £1,560 in childcare costs);

• Households with a new baby (who lose all entitlement to the baby element of tax credits, worth a maximum of £545);

• Households with a one year old child (who will not receive a toddler tax credit, worth a maximum of £210)

• Couple households where one adult currently works for 16 hours but between them both adults in the household work for fewer than 24 hours (who are set to lose all entitlement to the basic and couple elements of Working Tax Credit, a maximum loss of £4,070);

Even after gains from the raised income tax threshold (which has already been countered by VAT and NICs rises) are taken into account, many low and middle income households with children will be significantly worse off.

Today’s changes reveal much about the government’s priorities.

Lone parents face some of the greatest cuts – being more likely to rely on childcare tax credits and only benefiting once from the personal allowance increase – and parents with small children also lose considerably, with the baby and toddler elements of tax credits dropped. For these working families the Treasury’s analysis of today’s changes is far removed from the reality of their household budgets.