Ed Jacobs rounds up all the latest gaffes and electioneering from Wales and Scotland in the run-up to the elections. 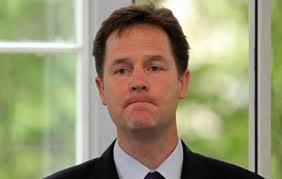 Just days after one of the Liberal Democrats’ outgoing MSPs turned his back on his colleagues at both Holyrood and Westminster, the Lib Dems have now faced a further humiliation as a second of their outgoing MSPs, John Farquhar Munro, appeared to endorse Alex Salmond for first minister.

In a message released by the SNP, he explained:

“I am delighted to support Alex Salmond for a second term for first minister of Scotland in the Scottish parliament. I have known Alex Salmond for several years and have come to appreciate his political acumen, his debating skills and his devotion to Scotland.

“I consider Alex Salmond is the only one who can lead us through the next session of parliament ensuring a more prosperous and sustainable future, and that is why I’m pleased to support Alex Salmond as the first minister for Scotland in the next parliament.”

Later, however, Munro was forced to clarify his position, suggesting he had expressed his preference in the race to be first minister between Alex Salmond and Iain Gray and that he would be voting Lib Dem.

However, irrespective of the defence, Munro’s comments will be an annoyance for the leader of the Lib Dems in Scotland. Tavish Scott yesterday admitted on the Daily Politics that his party’s coalition with the Conservatives in Westminster was proving challenging in the Scottish elections.

Likewise, Munro’s suggestion that he would prefer Alex Salmond as first minister over Iain Gray will cast further doubts over the viability of a Labour/Lib Dem coalition at Holyrood, in the event of Labour becoming the largest party but without a majority of seats. And in a further embarrassment for the Lib Dems, it has emerged that the party will not have a candidate standing in the Clydesdale constituency after candidate John Paton-Day failed to return his nomination papers on time.

Meanwhile, in Wales, first minister and Labour leader Carwyn Jones has used his first press conference of the election to make clear his ambition to see a majority Labour administration elected to Cardiff Bay.

Speaking to journalists at the party’s Welsh HQ, Jones explained:

“There are at least seven of them (seats), we think, possibly eight, that are in play. We have been very pleasantly surprised in the response we are getting in seats such as Preseli Pembrokeshire, such as Clwyd West, and Llanelli as well.

“What we have found is that based on the response we are getting in a number of seats across Wales that getting a comfortable working majority is in our grasp. But we have got to work for it. Nothing is being taken for granted.”

Welsh Labour will officially launch its campaign on Thursday, with its manifesto due for publication on April 14th.

8 Responses to “Are Lib Dems deserting a sinking ship?”