The Liberal Democrats in Wales have criticised Conservative policy to ring fence NHS spending over the damage it is likely to do to education spending. 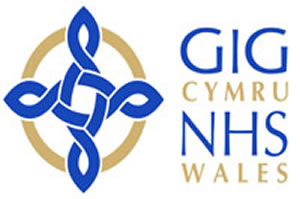 The Liberal Democrats in Wales have criticised Conservative policy to ring fence NHS spending over the damage it is likely to do to education spending. Last year, writing on the WalesHome blog, the Conservatives’ Health Spokesman in the Welsh Assembly, Andrew R T Davies made clear:

“Welsh Conservatives have placed the health of the nation at the top of that list and have pledged to protect the health service in Wales from cuts if elected in May. That means genuine increases to both the revenue and capital budgets of the NHS.”

However, on the day she entered the Lords, the Welsh Lib Dems education spokeswoman Jenny Randerson launched into Tory policy, raising fears that by protecting health spending the Tories in Wales would exacerbate difficulties suffered by already underfunded schools.

“Welsh children deserve the same chances as children over the border but we spend £604 per pupil less than in England. Welsh children are now paying the price for this gross underfunding of schools over the last decade.

“The Conservatives are touring the television studios to condemn the Labour-Plaid funding gap when the reality of their proposals is that they would increase the gap up to an eyewatering £881. It is time for the Conservatives to come clean with the Welsh public about what their budget proposals would mean.”

Her comments came just days after Carwyn Jones, having been challenged about the Welsh Assembly government’s policy of not ringfencing the NHS budget, told the Daily Post:

“We can’t justify it is the simple answer and they haven’t done it in England either. They claim to have done it but we all see now that isn’t the case. One of the things they did was include social services spending in the health budget, which we haven’t done to make it look as if it has been ringfenced.

“What we have done is to provide as much as money as we possibly can for health in Wales – around £5bn – but if we were to protect the health budget against inflation it would mean for example cutting at least a quarter of the education budget. It would mean severe cuts elsewhere.

“It wouldn’t be financially possible for us to up-rate health spending, which is 40% of the WAG budget, because it would mean hammering areas like education.”

Ms Randerson’s assertion echoed concerns raised in Scotland over the decision by the SNP to also protect NHS spending. In a briefing on the Scottish government’s budget, the Glasgow University-based Centre for Public Policy for Regions outlined that, as the £10 billion a year health budget mobs up spare funds, other public services and departments face real terms cuts of anything between 12% and 16% over the next four years.

In June last year, Labour Leadership contender and former health secretary Andy Burnham also raised fears over the impact on the school and social care budgets of ring fencing health spending, while Tim Montgomerie, editor of the ConservativeHome website called on George Osborne to reverse the protection of NHS funding in a column in The Guardian.

“The Policy Exchange thinktank has warned that some departments will see their budgets time-travel back decades because of Osborne’s decision to ringfence NHS spending. Another thinktank, 2020Health, has identified £12bn of savings that wouldn’t mean one operation had to be cancelled. There would be no need for VAT to go up if that money could be saved.”

And, speaking just before the General Election, Nick Clegg himself said:

“We’re not entering into this Dutch auction about ring-fencing. Good outcomes aren’t determined by drawing a red line around government departmental budgets.”

With elections due in Scotland, Wales and Northern Ireland in May, expect the merits, or otherwise, of protecting health spending and its impact on other services to play a high profile role in debate during the months ahead.