Good news on jobs could be threatened by cuts, a new report from KPMG and the Recruitment & Employment Confederation; but will the private sector fill the void? 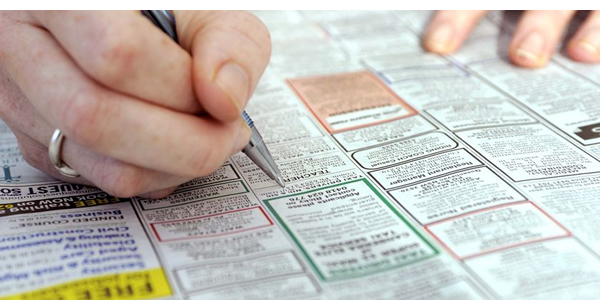 Today’s Report on Jobs, published by KPMG and the Recruitment and Employment Confederation (a trade body for employment agencies) reports that recruitment for both permanent and temporary vacancies grew in November and the rate of growth was the highest for three months. The survey has been showing sluggish growth since April, so this news is very welcome.

The survey is based on reports from recruitment agencies; it doesn’t cover other hiring by organisations which means that (although the survey has a good track record for indicating the way the labour market is moving) it is less reliable for recruitment by public sector or at the lower end of the labour market.

For KPMG, Head of Business Services Bernard Brown was, on the whole, quite upbeat, tentatively suggesting that there has been a “turning point.” He added, however, that the cuts “are yet to bite hard” and “it remains to be seen whether this trend will continue.” Kevin Green, the REC’s Chief Executive, put the balance the other way:

“The jobs market remains fragile – especially in light of the public sector squeeze – but confidence does seem to be returning amongst private sector employers.”

Another report – yesterday’s Manpower survey of employers’ hiring intentions – reveals that, on balance, employers are planning to recruit in the first quarter of next year. Ten per cent expect to employ more people, ten per cent to employ fewer; Manpower says that when this is seasonally adjusted it translates to a Net Employment Outlook of 2 per cent, up from 1 per cent in the previous quarter and 1 per cent twelve months ago.

Manpower points to wide regional variations, seeing “a wider gap in hiring intentions now than we did at any point during the recession. Regions traditionally home to labour intensive workforces are showing negative hiring intentions, while those with more diverse economies predict an encouraging start to next year.”

There are also major differences between industries. Employers in sectors that rely on public spending (notably construction, which has been a mainstay of GDP growth this year) expect lower employment, but those in finance and business services and the utilities are expecting strong growth. Employers in hotels and retail expect to reduce their headcount – probably reflecting widespread expectations that private household spending is going to come down next year.

The KPMG/REC report points to the emergence of skills shortages as a factor in recruitment, including HGV drivers, engineers, IT specialists and chefs. Kevin Green points out that “changes to immigration policy could exacerbate these shortages in the short-term” – the immigration cap seems to be a policy doomed to fail on many counts. There’s also a worry about the implications for the recovery – at present the skills shortages only affect “specific job categories” but if the problem becomes more widespread the Bank’s willingness to maintain its current expansionary stance might weaken.