MPs will this afternoon get the chance to debate education secretary Michael Gove’s decision to end the ring fencing of the schools sports budget. Today, the House of Commons will debate a motion tabled by the Opposition critical of a decision which could see drastic cuts to funding for school sport in the in the run up to the Olympics. 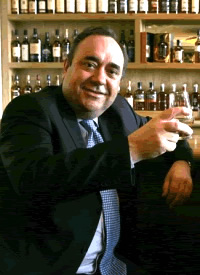 MPs will this afternoon get the chance to debate education secretary Michael Gove’s decision to end the ring fencing of the schools sports budget. Today, the House of Commons will debate  a motion tabled by the Opposition critical of a decision which could see drastic cuts to funding for school sport in the in the run up to the Olympics.

Meanwhile, ministers in the Scottish National Party administration at Holyrood have come under sustained criticism from their opponents following the publication of the latest statistics on PE in schools.

In its manifesto for the 2007 Scottish Parliament election, the SNP make a clear pledge (page 41) to ensure:

“…that every pupil has 2 hours of quality PE each week delivered by specialist PE teachers.”

The latest figures to be released, however, show that just 55 per cent of primary schools in Scotland are reaching this target and just 23 per cent across all year groups at secondary school.

• Just three local authorities in Dundee, East Renfrewshire and Perth and Kinross are delivering two hours’ physical education across primary stages 1 to 7 in all schools;

• Only 17 are meeting the target across all year groups in more than 50 per cnet of their primary schools;

• Sixty per cent of 60 secondary schools inspected in 2009/10 are delivering at least two 50 or 55 minute periods of physical education across secondary stages 1 to 4;

• Nine authorities reported that all of their secondary schools currently deliver double periods (100-110 minutes) of physical education to their pupils.

“I am delighted to see our local authorities and schools making so much progress towards ensuring Scotland’s school children can benefit from two hours of PE each week.”

However reaction from the opposition was less positive, with Labour’s sports spokesman Bill Butler bluntly declaring:

“It’s shameful that after three-and-a-half years of power, the SNP government has failed to deliver two hours of PE a week for every child.

“They are failing almost half of Scotland’s primary school children who are being denied the same access to physical activity as others and it’s simply not good enough.”

For the Conservatives, who south of the border have embarked on a programme that could see funding for school sport cut, their education spokeswoman Liz Smith argued:

“The SNP made an unequivocal manifesto commitment that all pupils in Scotland would have two hours of PE per week by the end of this parliamentary term.

“Notwithstanding the fact that there has been progress within some local authorities it simply isn’t good enough that 45 per cent of primary school children are still losing out.”

For the Lib Dems, meanwhile, their health spokesman, Ross Finnie, concentrated on his concerns over the health impacts of the newly released figures, saying:

“This latest figure represents some progress on PE targets at last. Nevertheless, if we are to reverse the scourge of obesity amongst Scottish youngsters this figure must cover 100% of primary schools.”

4 Responses to “Has the SNP given up on its school sports pledge?”