In further evidence that the coalition’s claims the NHS budget is ring fenced are questionable at best, Northern Ireland health minister, Michael McGimpsey, has warned that without protection for his department’s budget, the NHS across Northern Ireland faces the prospects of significant job losses. 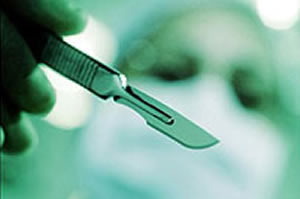 In further evidence that the coalition’s claims the NHS budget is ring fenced are questionable at best, Northern Ireland health minister, Michael McGimpsey, has warned that without protection for his department’s budget, the NHS across Northern Ireland faces the prospects of significant job losses.

“The Health Service currently in Northern Ireland is seriously underfunded. Any further reduction in the level of funding required fills me with dread. When I look forward into the future I see potentially large numbers of redundancies, I see potentially closures as well.

“We do not appear in this house to be prepared to fund a health service that we understand as being the British National Health Service.”

“I am not talking hundreds, I’m talking thousands and I’m not scaremongering and I am very, very careful about what I say because our staff are so loyal to the Health Service that they deserve my loyalty back and the support of this house.”

The warning comes as the Stormont Executive continues to draft a budget following the Westminster’s decision to cut £4 billion from its grant to Northern Ireland, and after Scottish health secretary Nicola Sturgeon warned last month that the NHS in Scotland faced spending cuts. In January, Mr McGimpsey and finance minister Sammy Wilson engaged in a public spat over the latter’s announcement of £113.5 million of savings to the Department of Health’s budget.

Meanwhile, in a double whammy, there has been a warning that coalition policies will see cuts worth £450 million to Northern Ireland’s welfare budget with concerns that a number of the proposed benefits changes will cause significant hardship for many vulnerable groups.

“Citizens Advice is very concerned about the impact of the benefit cuts and many clients have already been contacting us and are frightened about how they will be affected, especially people who have long-term health problems.

“The cuts will not only impact those who are worse off financially but will also have an impact on the Northern Ireland economy. We are particularly unhappy with the plans for working tax credits and childcare provision which will actually narrow the goalposts for some people wishing to return to work.”

It is believed that a draft budget will be published by the Finance Department on Tuesday with a view to having a final settlement by February.