Iain Duncan Smith announced last week that the unemployed will, under some circumstances, be required to undertake unpaid “community work”, with strict sanctions for those who fail to comply. His view was that this would help people re-integrate into the labour market, by getting into the habit of work. 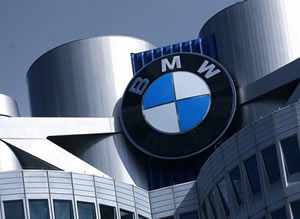 Ed Turner is a lecturer in politics, specialising in Germany, at the Aston Centre for Europe, and is also deputy leader of Oxford City Council

Iain Duncan Smith announced last week that the unemployed will, under some circumstances, be required to undertake unpaid “community work”, with strict sanctions for those who fail to comply. His view was that this would help people re-integrate into the labour market, by getting into the habit of work.

Interestingly, a similar mechanism was included in Germany’s welfare arrangements as a result of the Hartz reforms (to the welfare state), introduced in 2005: the so-called “one euro jobs”, or, in administrative German:

These have been roundly condemned by Germany’s National Audit Office, in a leaked report this week. The one euro jobs are offered to the unemployed by job centres. Only social or public enterprises (such as local authorities, charities, schools or churches) can offer these, with such examples as reading to children, keeping an eye on quarrelling kids on the school bus, or picking up rubbish.

The idea, similar to Mr Duncan Smith’s proposals, is that everybody wins: the community wins, because useful tasks are performed that would otherwise be missed out. Also, the unemployed worker wins, because they get extra money (usually between one and 2.5 euros per hour), without benefit entitlements being affected, and also get social contact, professional experience and extra knowledge.

Unfortunately, the respected National Audit Office found that the one euro jobs failed on almost all counts. In particular, there were found to be significant “substitution effects”, whereby the unemployed ended up replacing employees doing the same work, but of course with proper pay, terms and conditions; this was particularly damaging to private sector enterprises offering the same services (for instance, litter-picking, or helping move public offices).

They also found that in most cases the jobs weren’t suitable to help people reintegrate to the labour market.

These findings reinforced a recent study by the Centre for European Economic Research, which found that those who had undertaken a one euro job were actually less likely to find regular employment than those who had, possibly because the jobs were perceived as a stigma by employers. The German government is now reviewing the one euro job programme, in particular involving trade unions and employers in scrutinising the placements made by each job centre.

It is vitally important that the British government taken some time to evaluate the German experience, before embarking upon a course of a action that will lead to proper jobs replaced by unpaid labour in the public and private sectors, while damaging the interests of the long-term unemployed at the same time.