Unfortunately, and not for the first time, Migrationwatch’s report on the cost of educating 'migrants' is not a useful basis for discussion. 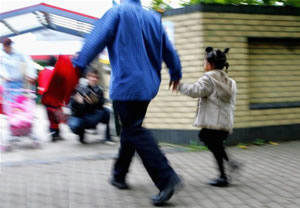 A widely reported Migrationwatch report published yesterday attempts to make the case that the UK’s education budget is being stretched beyond capacity due to recent and projected migration. This is an important issue, and one that needs to be discussed based on the facts. Unfortunately, and not for the first time, Migrationwatch’s report is not a useful basis for this discussion.

The study has a number of flaws, but it’s worth focusing on one in particular. in claiming that recent migration has imposed, and will impose, ‘additional’ costs on the taxpayer through increased demand for education, Migrationwatch ignores the fact that migrants make a significant contribution to the public purse – a significant number of taxpayers are migrants.

The vast majority of the migrant parents of the children who Migrationwatch are concerned about work and pay taxes, just as most British parents do. In their press release, Migrationwatch acknowledged that:

“… many immigrants contributed through paying tax… but this was offset by the fact that the employment rate among some immigrant communities was considerably lower than the UK average. Only about 40 per cent of immigrants come for the purpose of work.”

This is disingenious. While it’s true that some migrant communities do have lower employment rates than the UK average, the most recent ONS statistics show that non-UK born people have an employment rate of 66.5 per cent – not substantially lower than the UK-born rate of 70.9 per  cent.

Key groups of migrants who have arrived since 1998 (which is the focus of the Migrationwatch report) have significantly higher employment rates – migrants born in new EU member states, for example, have an employment rate of 82.9 per cent. In fact, the evidence suggests that migrants, overall, contribute more in taxes than they consume in public benefits or services.

There are also a number of more technical problems with the Migrationwatch analysis, and it’s worth mentioning two of these in brief. First, they stretch the definition of what constitutes a ‘migrant child’. They assume that a child born in the UK to a UK-born father and a non-UK-born mother is half British and half migrant, and thus that half the costs of educating that child is attributable to migration (they seem to disregard children born to UK-born mothers and non-UK born fathers). But most people would surely see a child born in the UK to a UK-born parent as British, not as a migrant.

Second, in claiming that migration will create demand for additional school places, Migrationwatch doesn’t take account of the fact that the number of births to UK-born mothers is generally falling – a significant number of the children born to migrant mothers might be expected to simply fill school places that would otherwise be empty.

It is certainly true that the planning of future education provision needs to take account of demographic change, both nationally and locally, and in particular the system for allocating funding to local areas for services including education needs to be more flexible so that communities with rapidly increasing populations are not short-changed. But Migrationwatch do not progress the debate by suggesting that migration puts a burden on the public purse or the ‘UK taxpayer’ – if anything, the reverse is true, and to claim otherwise obscures the real issues.