The Guardian today splashed with the news that the man the paper describes as “the world’s most high profile climate change sceptic,” Bjørn Lomborg, has u-turned and described global warming as “undoubtedly one of the chief concerns facing the world today” and called for tens of billions to be spent tackling the problem. 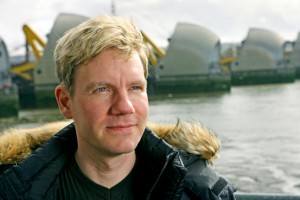 The Guardian today splashed with the news that the man the paper describes as “the world’s most high profile climate change sceptic”, Bjørn Lomborg, has u-turned and described global warming as “undoubtedly one of the chief concerns facing the world today” and called for tens of billions to be spent tackling the problem.

Undoubtedly Lomborg’s flip-flopping came from a realisation his former position was going to be difficult to hold any longer – only underlined by the fact that he is just the latest contrarian voice to change tack.

Left Foot Forward recently highlighted that Britain’s most influential climate denier, the Daily Mail’s science editor Michael Hanlon, just changed tack in response to the breaking off, in Greenland, of an ice chunk three times the size of Manhattan.

Equally, Joe Romm has shown how CNN’s Chad Myers, somebody he describes as “one of America’s most influential global warming skeptics” just u-turned and admitted warming “is caused by man”.

Greenpeace responded to Lomborg’s about-face simply with a snide remark:

“Lomborg’s realisation that the climate is in crisis came a couple of decades too late for him to be taken seriously, but at least it confirms the happy maxim that nobody’s wrong all the time, apart from Melanie Philips.”

Others in the green community were simply bemused. One Grist blogger wrote admiringly of Lomborg’s media savvy:

“Who else could get such attention for adopting a position already held by millions of sensible people?”

But there can be no doubt his change in position can only really be seen as good news since it leaves the climate denial community more marginalized still.

Climate sceptics have faced a series of recent blows, most notably because articles detailing alleged scandals in the climate science community – Amazongate, Africagate and Pachaurigate – all had to be retracted, and apologies published. This in turn followed a series of independent reviews which each exonerated the climate scientists. Even the Washington Post – for a long time home to sceptic views – said in its editorial today:

“The overblown critique of climate science that emerged early this year continues to underwhelm.”

Left Foot Forward understands that Lomborg also resigned some weeks ago from the board of the climate sceptic journal, Energy and Environment, which is edited by the Global Warming Policy Foundation’s Benny Peiser. According to a posting on an online discussion forum for deniers, another of the journal’s editors, Boehmer-Christiansen, indicated at the time that Lomborg did not want to be closely associated with sceptics any more.

Lomborg’s announcement came as The Independent reported on its front page that new scientific research suggests the world is facing 3.5 degrees of warming. Science writer, Mark Lynas, explains in the paper that such a level of climate change could mean,

“melting permafrost in Siberia and other high-latitude areas will be releasing millions of tonnes of the extra-powerful greenhouse gas methane, and there will be nothing we can do to stop it…

“the world’s most important and biodiverse tropical forest, the Amazon region, will be burning up and transforming into desert…

“Saharan-type temperatures, well over 50C, will be striking regularly in summertime continental interiors, from the southern United States to the south Asian subcontinent to the Middle East. Around the Mediterranean, forests will be tinder-dry and devastating wildfires an annual occurrence – Australia and California can expect much of the same. Deadly heatwaves, such as that which struck Europe in 2003 and Moscow in 2010, will be a normal summer.”