Yesterday's announcement that all 302 Primary Care Trusts in England will be abolished by 2013 with more power given to GPs represents a complete about-turn from the Coalition Agreement of less than two months ago. 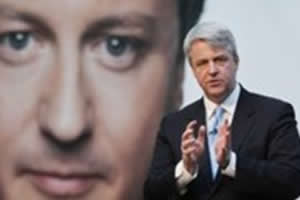 Yesterday’s announcement that all 152 Primary Care Trusts in England will be abolished by 2013 with more power given to GPs represents a complete about-turn from the Coalition Agreement of less than two months ago, which promised directly elected patient representatives on PCT boards and pledged that local PCTs “will act as a champion for patients”, commissioning services best undertaken at a wider level “rather than directly by GPs”.

• We will ensure that there is a stronger voice for patients locally through directly elected individuals on the boards of their local primary care trust (PCT).

• The local PCT will act as a champion for patients and commission those residual services that are best undertaken at a wider level, rather than directly by GPs.

It will also take responsibility for improving public health for people in their area, working closely with the local authority.

At no point does it mention their abolition, but quite the opposite, namely that PCTs would be stregthened and democartised. Now, they are in fact going to be split up between councils and GPs – yet even the supposed accountability to local councils isn’t fully democratic, as they will also be answerable to a national body.

Earlier today, Left Foot Forward looked in detail at the health secretary’s white paper, highlighting one of the most fundamental problems the plans will encounter – that most GPs do not want the hassle of strategic planning, negotiating multi-million pound budgets and making unpopular decisions about NHS service organisation and costs – and asking whether the white paper marks the beginning of the end of the NHS.

27 Responses to “PCTs: From being “champions for patients” to being abolished – in just two months”