A majority of those who responded to a Government consultation have rejected the proposals of the Consultative Group on the Past, established to address how Northern Ireland addresses the legacy of its troubled past. 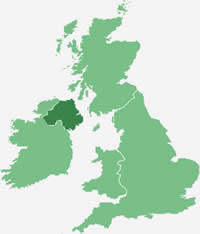 A majority of those who responded to a Government consultation have rejected the proposals of the Consultative Group on the Past, established to address how Northern Ireland addresses the legacy of its troubled past.

In January last year, the group, chaired by former Church of Ireland primate Lord Eames and Denis Bradley, a former vice chair of the Police Service of Northern Ireland policing board published its proposals on how to move forward, which included:

• Paying a lump sum of £12,000 to the families of those who lost loved ones during the troubles;

• Setting up a reconciliation forum to help the legacy commission and the existing Commission for Victims and Survivors for Northern Ireland;

• No new public inquiries; and

• An annual Day of Reflection and Reconciliation and a shared memorial to the troubles.

At the time, much of the press and political attention was focused on the anger over the suggestion that victims’ families should be paid, given that it would mean payments to those who died at the hands of terrorism as well as those, such as the Shankill Road bomber, Thomas Begley, who died after the bomb he was carrying exploded prematurely in 1993.

The Northern Ireland Office’s consultation on the proposals has seen both individuals and organisations reject the proposals. In particular, the document found that on the issues of paying the families of those victims of the troubles, 20 organisations objected with eight in favour whilst 169 out of 174 individual responses were opposed to such payouts.

The responses did, however, highlight a number of suggestions from Northern Ireland’s political parties on how to move forward, including:

• The Alliance Party expressed their hope that the proposed legacy commission would be at the centre of all future structures for coming to terms with the past;

• Ulster Unionists dubbed such a commission as a “one-sided truth commission”, indicating fears that any body would focus disproportionately on the actions of state security forces;

• The DUP concluded that justice was “integral to our constitution” whilst the TUV raised its fears that the commission would “become a vehicle which will prevent innocent families having their day in court”;

• Sinn Fein called for the establishment of an “independent international Truth Commission”, funded by a body such as the United Nations; and

“A group should be set up made up of victims and ask the victims what is the way forward for us. Until victims are represented on these groups, as far as I’m concerned, it’s a complete waste of time and money.”

And for the Government, Northern Ireland secretary Owen Paterson pledged:

“I am committed to listening to the views of people from across the community in Northern Ireland on the role I can play on this important issue. I hope that publishing this summary of responses to the consultation demonstrates the transparent and measured approach I intend to take.”

6 Responses to “How best to address the legacy of Northern Ireland’s troubled past?”