David Ford is Northern Ireland’s first justice minister since Westminster took back control of policing powers from the previous Stormont government in 1972. 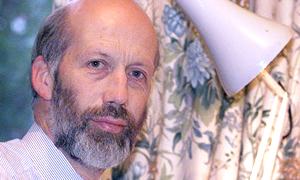 “This is, I believe, a significant day for Northern Ireland. It is a step forward in the peace process, in the political process, and in ensuring that the institutions which have been in place since 1998 are firmly affixed and are playing their part in serving the needs for the people of Northern Ireland” – with these words, Alliance Party leader, David Ford, accepted his election by members of the Stormont assembly as Northern Ireland’s first justice minister since Westminster took back control of policing powers from the previous Stormont government in 1972.

There is no doubting the immense challenges he now faces in ensuring the security of the people of Northern Ireland, following Monday morning’s bomb attack on MI5 headquarters in Holywood, County Down. However, Mr Ford’s elevation makes him the first Alliance politician to hold a position of ministerial power, a boost going into the general election.

The Alliance Party was established in April 1970, with an aim of ending the polarising secularised political system, aiming to bring together Catholics and protestants in the pursuit of establishing common ground. Its website states:

“We’re working to build a society free of segregation, sectarianism and prejudice where everyone – Catholic or Protestant, black or white, local or immigrant, rich or poor, young or old – can live their live the way they want, free from fear.”

The Alliance’s position was best personified during the protracted negotiations at Hillsborough Castle over the devolution of policing and justice. As talks were at a fragile stage, and political leaders, both unionist and republican, sought to blame each other, Mr Ford said:

“Instead of engaging in a blame game and whinge game, there needs to be willingness.”

It is because of its independence from narrow sectarian groups that the Alliance was able to attract the confidence of both the DUP and Sinn Fein to hold one of the most sensitive jobs in the Northern Ireland executive. However, its inability to speak for one community or another, and represent a defined group in political negotiations could also serve to undermine its chances at the election.

As the BBC concludes, in a brief history of the party:

“Its centre-ground position left it exposed to politically polarising events in the province.”

At the 2005 election, the Alliance, in its 35th year of operation failed to win its first Westminster seat, polling just 3.9% of the total votes cast. By the 2007 sssembly elections, its share of the vote had increased to just 5.2%, returning 7 MLAs, one up from its 2003 tally. Despite this, the Belfast Telegraph reports that the party has hopes its deputy leader, Naomi Lang, could take the Belfast East seat currently held by DUP Leader Peter Robinson.

Reacting to the calling of the election last week, Mr Ford added:

“Alliance is relishing the forthcoming election and we know that people want to vote for a positive and constructive party, instead of other parties who simply want to cause trouble.”