Round-up of the week's news from Scotland, Wales and Northern Ireland. 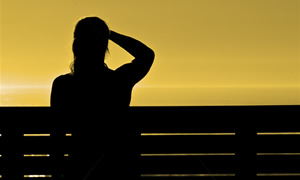 • The Welsh Audit Office warned that public services across Wales faced a period of “significant pain” as public sector spending tightens. Unison voiced concerns at suggestions that the public sector should emulate some practices in private business. BBC Wales Political Editor, Betsyan Powys wrote, “If this is an opening chapter….it’s going to be a long and difficult read.”

• Figures released this week showed that Wales had the highest rates of unemployment in the UK, rising by 9.2% in February. Welsh Secretary Peter Hain described the figures as “disappointing”, but noted that Job Seeker Allowance claimants had fallen. His Conservative Shadow, Cheryl Gillan, suggested that the numbers showed Wales was being “left behind”.

• Plaid Cymru submitted its case to the BBC to be included in the main Prime Ministerial debates;

• Ford announced investment that would secure jobs at its plant in Bridgend, described by Lord Mandleson as “significant investment in the UK”;

• A report by the Northern Ireland select Ccmmittee called for a new inquiry into the Omagh bombing. Committee chairman Sir Patrick Cormack said: “Far too many questions remain unanswered.”

• Left Foot Forward reported on a poll in the Belfast Telegraph that found a 50/50 split on people’s predictions on Northern Ireland’s constitutional future by its centenary in 2021.

• During their annual St Patrick’s Day visit to the White House, Peter Robinson and Martin McGuniess were praised by President Obama for “their outstanding leadership”. SDLP Leader Margaret Ritchie expressed her disappointment that neither the SDLP or the Ulster Unionists had been invited to the meeting. It later emerged that she would be tagging along to a delegation from the Irish Republic meeting with the President.

• DUP environment minister Edwin Poots told MLAs that he was considering ending his face-to -ace meetings with the North South Ministerial Council, in favour of video conferencing. Sinn Fein sought to remind the minister of his obligation to holding meetings in person with his colleagues in the South.

• Martin McGuinness called on Cardinal Sean Brady, Ireland’s most senior Catholic cleric, to consider his position amid accusations that he knew of cases of child abuse in the church but failed to act to address the problem.

• Employment statistics showed a slight rise in the number out of work in February, described by trade and investment minister Arlene Foster as “disappointing”.

• The SNP were embroiled in a new row over claims a senior party member was seeking to smear a Labour Party member who had passed away suddenly.

• The chief executive of Scottish Water announced that he would be donating a quarter of his bonus to WaterAid.

• A Holyrood committee called on the country’s banks to better “serve the economy”.

• Patients in Scotland are to be given new rights to receive treatment within 12 weeks. Health secretary Nicola Sturgeon said: “Putting patients’ rights into law will send out a strong signal to patients, healthcare workers and NHS Scotland that patients should be at the heart of everything the health service does.” BMA Scotland warmly welcomed the moves.

• The Financial Times reported: “The Conservatives appear to have abandoned all hope of making significant gains in Scotland.”

Quote of the Week

“One of the greatest parliamentarians ever.”

Gordon Brown leading tributes at the funeral of former Labour Leader, Michael Foot who served as MP for Ebbw Vale

One Response to “The week outside Westminster”