It has now emerged that one of David Cameron's key themes of his speech to the University of East Anglia do not reflect the reality of the Conservative party. 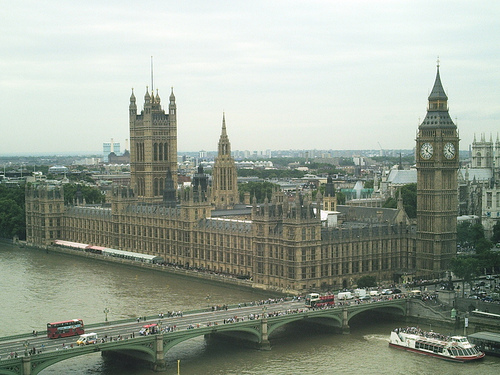 David Cameron’s speech earlier this week to the University of East Anglia attracted flak yesterday for packing the crowd with ringers – young Tory activists not actual students carefully positioned behind him – but it now emerges that one of his key themes did not reflect the reality of the Conservative party.

The speech was expected to focus on the future of higher education but instead became a vitriolic and highly-personalised diatribe against Gordon Brown with a supplementary rhetorical attack on the lobbying world:

“[Lobbying] has tainted our politics for too long.

“In this party, we believe in competition, not cronyism. So we must be the party that sorts all this out. Today it is a £2bn industry that has a huge presence in parliament.”

But is Cameron heeding his own words?

Last year, The Times discovered that the lobbying and PR world is as strong as ever within the Conservative party, not only influencing and shaping the views of prospective parliamentary candidates (PPCs), but even going one step further – putting them on the payroll.

The investigation revealed 28 Conservative PPCs in winnable seats are working as PR consultants or lobbyists for public affairs firms. Tellingly, 25 per cent of them were hired after securing their nominations.

“I don’t do lobbying. However, that does not mean I won’t phone up a Member of Parliament and say this client or that has an issue and would you be willing to speak with them?

“I will also give my clients a particular insight into the party.”

Ms Patel should note that the in most widely used dictionaries, the definition of lobbying is:

“To try to influence the thinking of legislators or other public officials for or against a specific cause”.

Unless she was merely arranging a heart to heart conversation for her clients, we’re talking about one thing, and one thing only – lobbying.

And today, in another exposé, The Times reports that Andrew MacKay, who is standing down at the election over expense abuses, has joined a public affairs company. Mr MacKay, until recently a senior adviser of David Cameron, was last week ordered to pay back £31,193.00 by the Legg report.

He will be a “strategic adviser” to the lobbyists Burson-Marsteller – whose chief executive is Matt Carter, former general secretary of the Labour party. The company said it means they are now “uniquely placed to advise clients whatever the make-up of the new government after the election”.