With the country going to the polls in a matter of months, we assess the political landscape across Scotland, Wales and Northern Ireland. 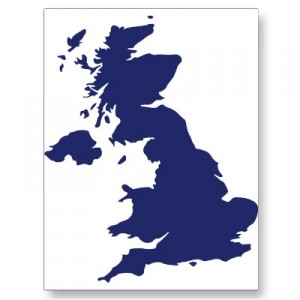 With the country going to the polls in a matter of months, Left Foot Forward assesses the political landscape across Scotland, Wales and Northern Ireland ahead of what will be a politically significant year.

There can be little doubt that 2009 will be remembered as a year which tested the devolved administration, with the Real IRA massacre of Sappers Patrick Azimkar and Mark Quinsey at the Massereene barracks in Antrim and the shooting dead of Constable Stephen Paul Carroll in County Armagh by the Continuity IRA 48 hours later – the first murder of a policeman by Republicans since 1997.

What is more, the ongoing discussions over the devolution of Policing and Justice powers to Stormont have highlighted considerable tension between the Democratic Unionist Party and Sinn Fein. In December the Guardian described the public spat between Peter Robinson and Martin McGuinness, just one of many disputes which have led to concerns that the devolved bodies in Northern Ireland could collapse.

The first months of 2010 will therefore prove crucial to the future of devolution and the Northern Ireland peace process.

With the stakes so high, First Minister Peter Robinson has used his New Year’s Message to attempt to sooth the tensions, making clear his support for Devolution. He said:

“We will continue to implement our strategy to build a better Northern Ireland in 2010. Whilst some people want to tear down Stormont because of Sinn Fein’s presence in government, in 2010 I will be urging them to rethink.

“I understand their rationale for holding this view – however, it must be a decision of logic rather than emotion. It is not logical for unionists to sideline themselves and hand control back to Direct Rulers.”

Similarly, Sinn Fein President Gerry Adams has used the New Year to highlight his support for the completion of the devolution Jigsaw. His message said:

“A Westminster election will take place in 2010. In advance of this a sustained effort to see the implementation of the outstanding aspects of the Good Friday and St Andrews Agreements, including the transfer of powers on policing and justice will take place. Republicans will do all in our power to ensure that this is successful.

“It is the interests of all citizens that we have institutions which can deliver. That means institutions operated on the basis of partnership and equality and on the basis that political agreements entered into are implemented.”

In his end of term report, Sir Reg Empey, leader of the Ulster Unionist Party, has called on Sinn Fein and the DUP to quickly sort out their differences on policing and justice, criticising them for having neglected key areas such as education and health. He said:

“As 2009 comes to an end, let us hope that 2010 has much more to offer – the people of Northern Ireland deserve better. Stormont doesn’t have to be a battle a day. People are bored with this. They want progress and delivery. The Ulster Unionist Party will strive to achieve that goal.”

2009 was a year dominated by debate over how much extra power should be extended to Holyrood.

The Calman Commission report, supported by Labour, the Conservatives and the Liberal Democrats made a number of recommendations on how to strengthen Holyrood, including a substantial increase in its powers to raise its own funds through income tax. However, Labour and the Tories have made clear that any increase in the powers afforded to Holyrood will only begin after the election.

For the Scottish National Party, the publication of its White Paper – Your Scotland, Your Voice – set out the Scottish Executive’s plans for a referendum on Scotland’s constitutional future, with the aim of a vote in Autumn 2010 on whether Scotland would prefer greater powers for Holyrood, full Independence or no change at all. As a result, First Minister Alex Salmond used his New Year’s Message to conclude:

“The referendum on the constitution is not an abstraction – it’s not something for politicians. It’s something for every person in Scotland. Because if we’re going to harness the power of Scotland, then we need to give Scotland power.”

However, with Labour, Conservatives and Liberal Democrats against a referendum on independence, it is unlikely that the necessary legislation will see the light of day. Given how significant independence is to the SNP, in the event of losing such a crucial vote, 2010 could see Alex Salmond seeking a mandate for the legislation by seeking support in the Parliament for a vote to secure an early General Election north of the border.

For Labour, Iain Gray has used the New Year to attack both Conservatives and the SNP for failing to provide the policies needed to secure the economic recovery and breaking promises in Government. He said:

“The first decade of devolution has been a success in many ways but we need to listen more to what really matters most to the people we represent and get on with the job they want us to do.”

Scottish Conservative leader Annabel Goldie has set an ambitious target of ensuring 11 Conservatives are elected as MPs across Scotland, up from the one it currently has. Even if such a target is met, if David Cameron were to become Prime Mister, he would still find himself presiding over a Government who failed to achieve anywhere near the support of a majority of Scots. As Angus MacLeod of the Times wrote:

“A Conservative victory in the new year, but with only a few Scottish Tory MPs, could give the independence cause new impetus.”

What is more, if the SNP were to secure the 20 seats it now hopes to win at the next election, Scotland could prove a political headache for the first post-devolution Tory Government.

For the Liberal Democrats, Tavish Scott has struck a positive note over his party’s prospects in the General Election, concluding:

“In Scotland we have set the political pace on our campaign for a fairer society. We are winning the argument that there needs to be restraint on the pay and bonuses on those at the very top of the public sector in order to keep jobs and services going for those at the bottom of the income scale.”

The departure of Rhodri Morgan as First Minister, who left with approval ratings in the mid-60s, has dominated the political landscape in Wales, with his replacement Carwyn Jones facing a huge in-tray.

In June, the European Elections saw a grim result for Labour, with the Tories topping the polls in Wales for the first time since 1918. Mr Jones will have to reverse this trend quickly knowing all too well that a repetition of such a result would prove disastrous for Labour.

His second key challenge will be to secure a successful outcome to a referendum on increasing the powers of the National Assembly and Government, as pledged in the One Wales agreement between Plaid Cymru and Labour. Indeed, speaking shortly after his election as First Minister, Jones used an interview with the Today Programme to make clear his desire to see Wales with the same law making powers as Scotland. However, with the report on the future of Wales by Sir Emyr Jones Parry indicating that a yes to such a referendum is by no means certain, Welsh Labour have a big year ahead.

Plaid Cymru will go into the elections for the first time as a Party of Government in Cardiff Bay. With that in mind, Plaid leader Ieuan Wyn Jones has used his New Year’s message to conclude that with the possibility of a hung Parliament, “only Plaid will be putting Wales at the top of the priority list in London”. He added:

“I believe that 2010 will be the year that Plaid sends a record number of Plaid MPs to Westminster to represent our communities. We will enter this new decade with renewed enthusiasm, because never before have our communities needed such strong local Plaid MPs to stand up for their interest.”

The Conservatives will enter the election buoyed up by their performance in June. In her message to Welsh Voters, Shadow Welsh Secretary Cheryl Gillan accused Welsh Secretary Peter Hain of having “failed to be straight with people” over the scale of cuts needed to plug the deficit. She said:

“In the four years since I was appointed by David Cameron I have witnessed at first hand the many challenges facing Wales. And I have seen the Conservative Party rise to meet those challenges.

“In Wales our party has made great strides, culminating in the historic European election win last June. But that is not enough. And we are not complacent in thinking the hard work has been done and victory is assured.

“Our next big challenge is to defeat Labour in the General Election and give Wales and the United Kingdom hope for the future.”

What is more, the defection of a Plaid Cymru AM to the Conservatives will have served only to increase still further the Conservatives’ confidence of a good performance in the General Election.

For the Welsh Liberal Democrats, leader Kirsty Williams has used an upbeat assessment of the state of her party to make the case for the Lib Dems, stating:

“The policies and proposals we offer fully reflect our objectives: to build and safeguard a fair, free and open society, in which we seek to balance the fundamental values of liberty, equality and community, and in which no-one shall be enslaved by poverty, ignorance or conformity.”

One Response to “Northern Ireland, Scotland and Wales in 2010”