There is not yet enough evidence to proscribe Anjem Choudary’s extremist Islam4UK - a front for al-Muhajiroun, the Home Office has told Left Foot Forward. 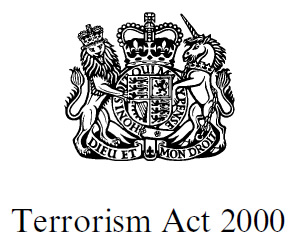 As the fallout continues from Islamist extremist Anjem Choudary’s plans to hold a march through Wootton Bassett, demands are being made to ban not only the march but Choudary’s Islam4UK outfit itself, with yesterday’s Guardian reporting Shadow Home Secretary Chris Grayling’s call to “ban the organisation”.

There are currently 45 proscribed organisations under the terms of the Terrorism Act (2000), which states (p. 2, Ch. 11, Part II, Sec. 3.5) that an organisation is considered to be “concerned in terrorism” if it:

(a) commits or participates in acts of terrorism,
(b) prepares for terrorism,
(c) promotes or encourages terrorism, or
(d) is otherwise concerned in terrorism

These conditions cannot yet be applied to Islam4UK, a Home Office spokesman told Left Foot Forward – despite it being a front for al-Muhajiroun. He added:

“Proscription is a tough but necessary power to tackle terrorism. Decisions on proscription must be proportionate and based on evidence that a group is concerned in terrorism as defined in the Terrorism Act 2000.

“Organisations which cause us concern, including those which might change their name to avoid the consequences of proscription, are kept under constant review. As and when new material comes to light it is considered and the organisation re-assessed as part of that process.”

The remarks echo those of Parliamentary answers on the legality of Hizb ut-Tahrir, another extremist organisation which Tory leader David Cameron claimed had received public funds to run Muslim schools, a claim he later retracted.

“Hizb ut-Tahrir (HuT) along with other organisations which cause us concern is kept under continuous review. As and when new material comes to light it is considered and the organisation re-assessed as part of that process. Any decision to proscribe must be based on evidence that a group is concerned in terrorism as defined in the Terrorism Act 2000, and must be proportionate.“

An answer repeated by Crime and Policing Minister David Hanson in response to a question from David Amess on the proscription of Hizb ut-Tahrir in the Commons on November 12th.