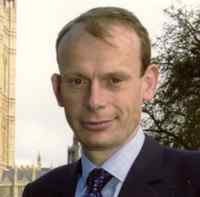 Andrew Marr admitted this afternoon that he had “got it in the neck” from the members of the Coalfield Communities Federation for asking Gordon Brown whether he used “prescription painkillers and pills” on the BBC yesterday. Marr has also been heard defending his right to ask the question.

“It worked like this: right-wing bloggers kept questioning Gordon Brown’s sanity and calling him ‘bonkers’, demented and other names for partisan reasons. They justified this on the basis that some others within the Labour party had apparently also started these rumours. But no evidence is offered.

“it illustrates how craven BBC journalists keep trying to win influence with the Tory administration and win plaudits from right-wing blogs.”

Meanwhile the blogger who first broke the story has told Channel 4 News’ Khrishnan Guru Murphy that:

“The fact of the matter is I still have no more proof, and I stress proof, than anyone else that Gordon Brown is actually taking anti-depressants.”

3 Responses to “Marr: I “got it in the neck” over pill question”